The ransomware attack terrified the US citizens 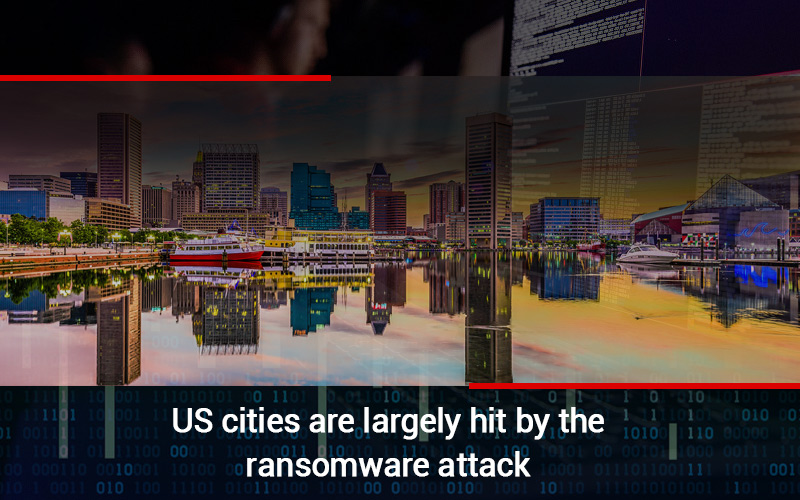 Baltimore and other US cities under threat!

The tale of terror began in 2017, when NSA’s EternalBlue was stolen by North Korea, Russia and now China. According to business insiders, EternalBlue is an exploit developed by NSA.This exploit was leaked on 14th April, 2017 and was used to carry out two devastating ransomware attacks i.e. WannaCry ransomware and NotPetya ransomware.This so called exploit has been used to create a destruction path around the world. EternalBlue in the hands of criminals formed the basis of the notorious WannaCry and NotPetya ransomware attacks that panicked people across the globe. Over the past years, the cyber weapon has backfired! This time the target is none other than US itself.

Digital extortionists have infected thousands of computers. This is has caused a major US internet shut down. Services like mail servers,water bills payment services, health alert services and other services came to a standstill. Cyber security experts briefed that, the key component used by cybercriminals was NSA’s stolen ‘EternalBlue’. Hence, NSA – National Security Agency is somewhat to blame!

Unfortunately, the nightmare is not restricted to Baltimore anymore. The cyber security attacks have reached anew height. The search is not yet over for the complete list of victim cities. However, from Pennsylvania to Texas, many cities are victimized by EternalBlue – based campaigns. This US cyber-attack paralyzed the government, leaving billions of dollars in danger.

The connection of NSA to the cyberattack was kept a secret previously. NSA refused to acknowledge the loss of its cyberweapon – ‘EternalBlue’. The masterminds behind the theft call themselves ‘Shadow Brokers’. The identity of these Shadow Brokers is still a mystery. As suggested by the agency and FBI, they might be some foreign spies or disgruntled insiders. The reality is yet to discovered.